Every year, scientists from Fisheries and Oceans Canada’s Atlantic Zone Monitoring Program assess the biochemical and physical oceanographic conditions of Canadian waters on the East coast. For physical conditions in the Gulf of St. Lawrence, the main facts to highlight for 2019 are the highest freshwater runoff since the 1970s, the earliest onset of sea-ice since 1969 in the upper Estuary and the lowest September sea-surface temperatures since 1981, caused by tropical storm Dorian, and the warmest deep waters ever observed in more than 100 years.

The annual average of the combined freshwater runoff from the St. Lawrence river and from rivers that flow into the Estuary was the highest since 1976, while the spring freshet tied for first place with 1974. The sea-ice season began in November 2018 in the upper estuary, 5 weeks earlier than the climatological average and the earliest of the time series since 1969.

The passage of tropical storm Dorian was felt on September 7 and 8, as the average sea-surface temperature decreased by 7°C over the entire Gulf, making September the coldest on record since 1981. One of our oceanographic buoys, that reports data in real time, AZMP-ESG, was in the direct path of the storm. It recorded wind gusts of 120 km/h, 13 m waves, and an atmospheric pressure drop of 60 mBar to 960 mBar. The buoy also recorded a 8 °C surface water temperature drop, which was compensated by an almost equal increase at 35 m depth; no heat was lost, the water column was simply mixed down to great depth!

Temperatures in the deep waters of the Gulf have continued to increase over the past 10 years. This is explained primarily by warm waters coming in from Cabot Strait. This is the case in 2019 with a record of 7.1 °C set at a depth of 300 m. Averaged over the Gulf, the waters at 250 and 300 m have never been as warm since record keeping began in 1915, reaching 6.3 °C and 6.5 °C respectively. This warming of deep waters is caused by an increasing entry of Gulf Stream waters into the Laurentian Channel compared to Labrador Current waters in recent years. 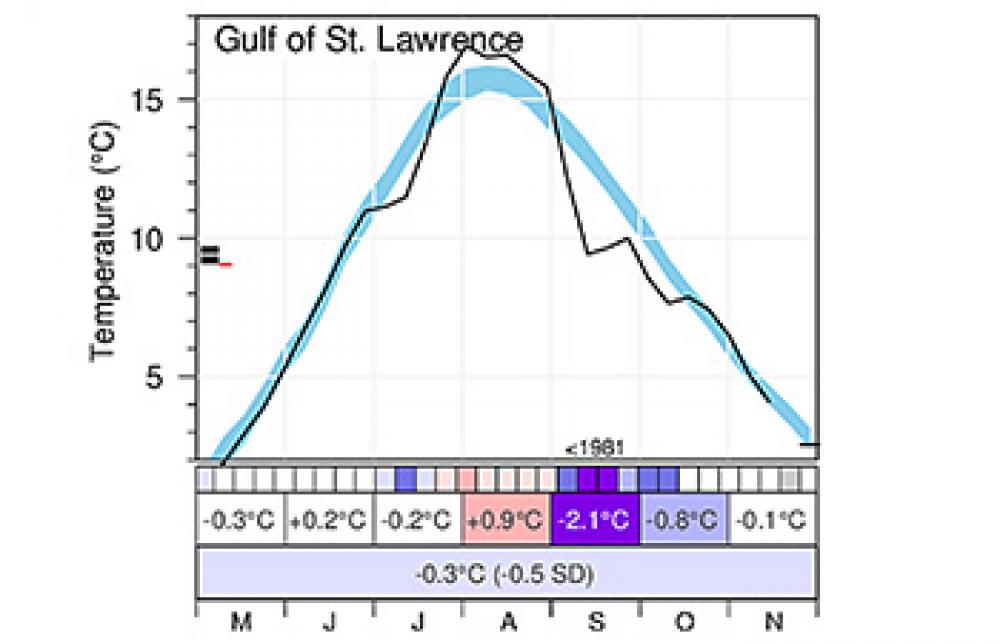 May to November 2019 weekly, monthly and seasonal averages over the Gulf.

Layer-averaged temperature time series for the Gulf of St. Lawrence. 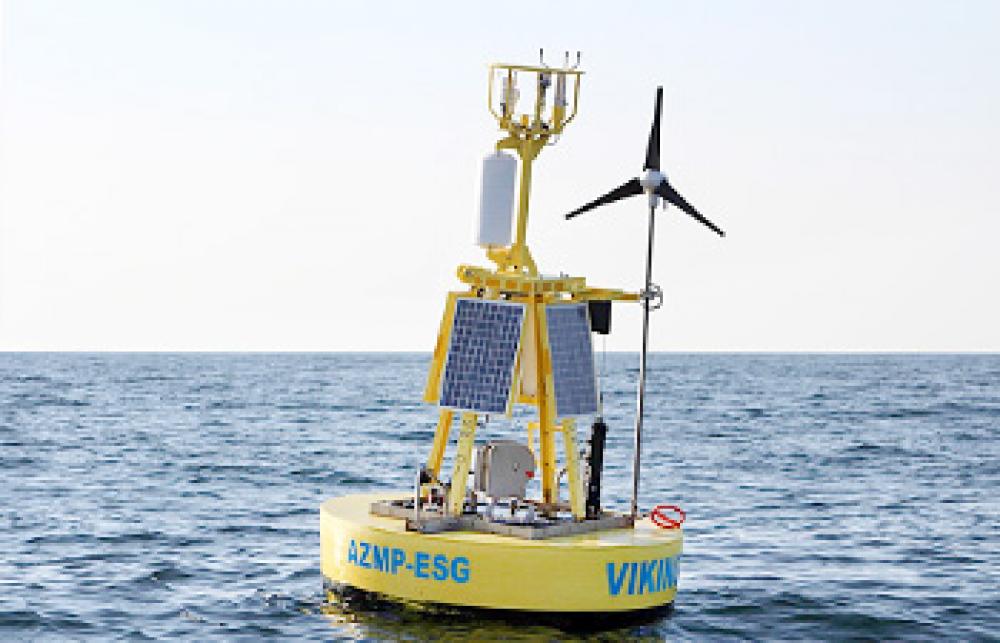