Marine noise comes from a wide variety of sources, whether they originate from natural or human activity. For example, this can include industrial activities taking place near or directly in the water, the presence of harbour activities, and traffic from merchant ships and other vessel types (pleasure craft, whale watching cruises, fishing, research, etc.). Natural noise can also be an issue, such as sounds from the marine species themselves, ice cracking, wind, waves, rain, thunder, earthquakes, and others.

To accurately assess the potential impacts of underwater sound on beluga in the St. Lawrence Estuary, a five-year research program was implemented by a Fisheries and Oceans Canada science team, as part of the Oceans Protection Plan. The ensuing findings will be used to:

Important measures have been implemented for this program, such as: 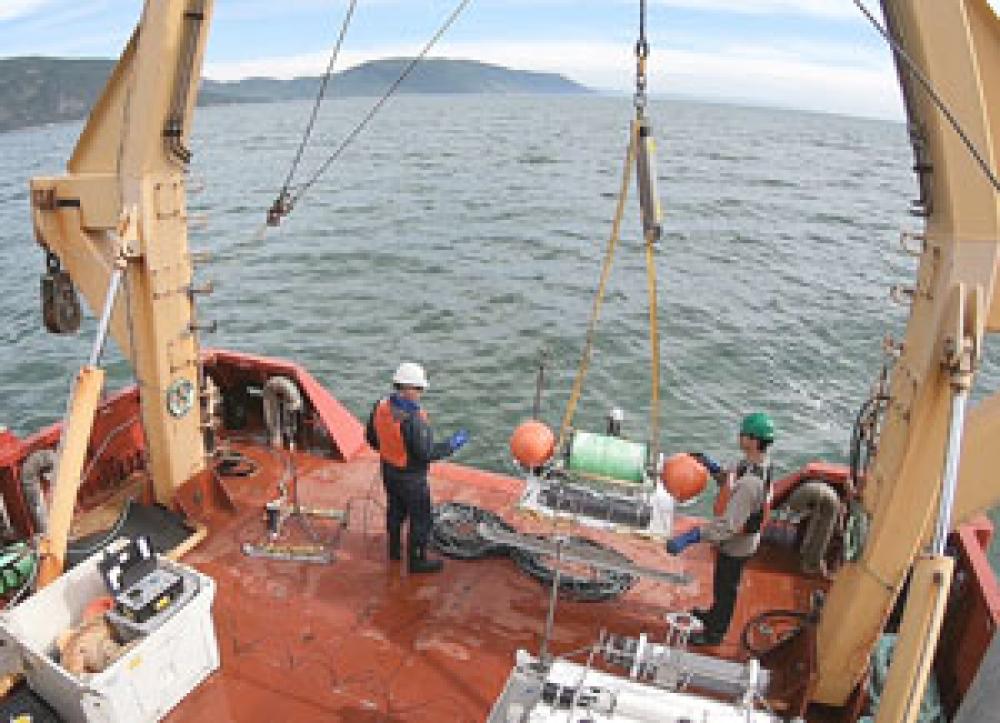 Deployment of an acoustic station in the beluga's habitat between Île aux Coudres and Île du Bic. 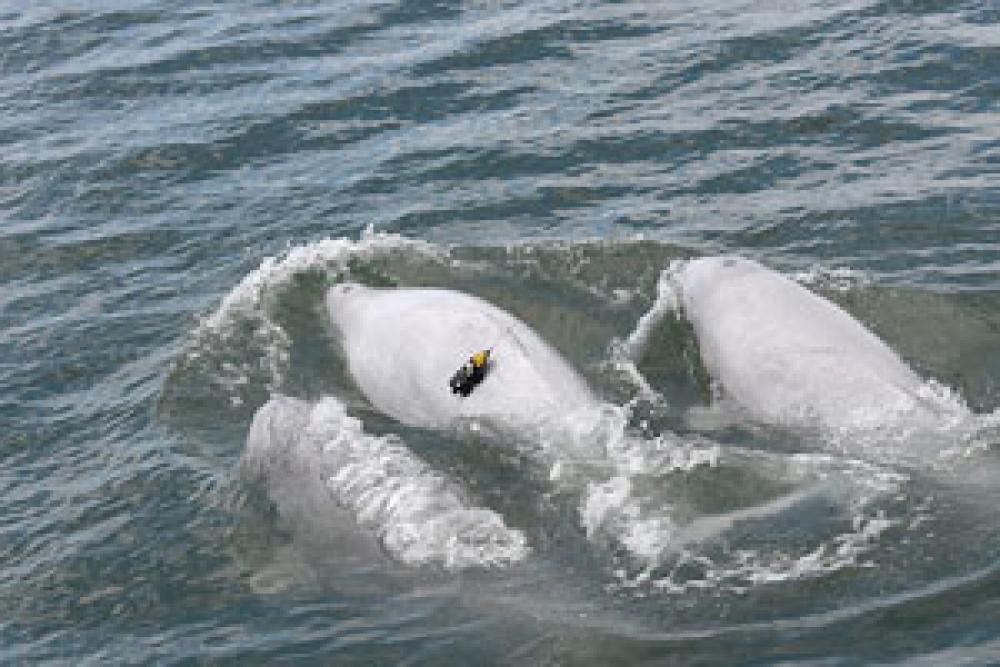