By
Marthe Bérubé and Virginie Christopherson

Did you know that Nunavik is home to the only population of Harbour Seals in the world presently known to live exclusively in fresh water? A Harbour Seal subspecies, the Lacs des Loups Marins population is found in a chain of lakes in Nunavik located about 250 km east of Hudson's Bay. It is estimated that this subspecies was isolated from its original marine habitat by the most recent glaciations, between 3,000 and 8,000 years ago. Known by the Cree as achikunipi and by the Inuit as qasigiaq, this seal can be distinguished from those living in a marine environment by:

On May 3, the Lacs des Loups Marins Harbour Seal was officially listed as an endangered species under the Species at Risk Act. Also, the subspecies recovery strategy developed with the valuable contribution of Cree and Inuit communities in the region is currently the focus of a consultation. Those who wish to send their comments have until July 2, 2017 to do so on the Species at Risk Public Registry.

In the recovery strategy, the Lacs des Loups Marins, Lac Bourdel and Petit lac des Loups Marins are identified as "critical" to the subspecies, which means "habitat necessary for the survival or recovery." These lakes, where the presence of the freshwater Harbour Seal has been confirmed, could allow for the survival of 300 individuals. Spread over a surface of approximately 750 km², the critical habitat thus identified would be sufficient to support the population objective of 210 individuals. It should be emphasized that this Harbour Seal range presented in the recovery strategy is protected under the Loi sur les parcs du Québec since the creation of Tursujuq National Park in July 2013.

Size of the population
During recent years, aerial inventories have made it possible to estimate the abundance and distribution of the seals. However, it remains very difficult to evaluate the size of this population, given the high variability of the results. In 2014, only 15 individuals were seen, whereas in 2015, this number rose to 52. It is, of course, a minimal assessment confirming that at least 52 seals were present in this area. Even if historical observations show a larger range and a higher capture rate through hunting, it is likely that the population was never very numerous.

Main threat
Currently, climate change represents the main threat for this Harbour Seal subspecies. In fact, it could have difficulty adapting to rapid change, even to sudden events, notably because of the size of its population. For its part, hunting has little impact on the population. Although certain Aboriginal communities can hunt them in an opportunistic manner, these seals are not the focus of a targeted hunt.

To facilitate the desired recovery of the Lac des Loups Marins Harbour Seal, priorities have been set. In the short term, they consist of improving knowledge of ecology and assessing the size, distribution and composition of the population. 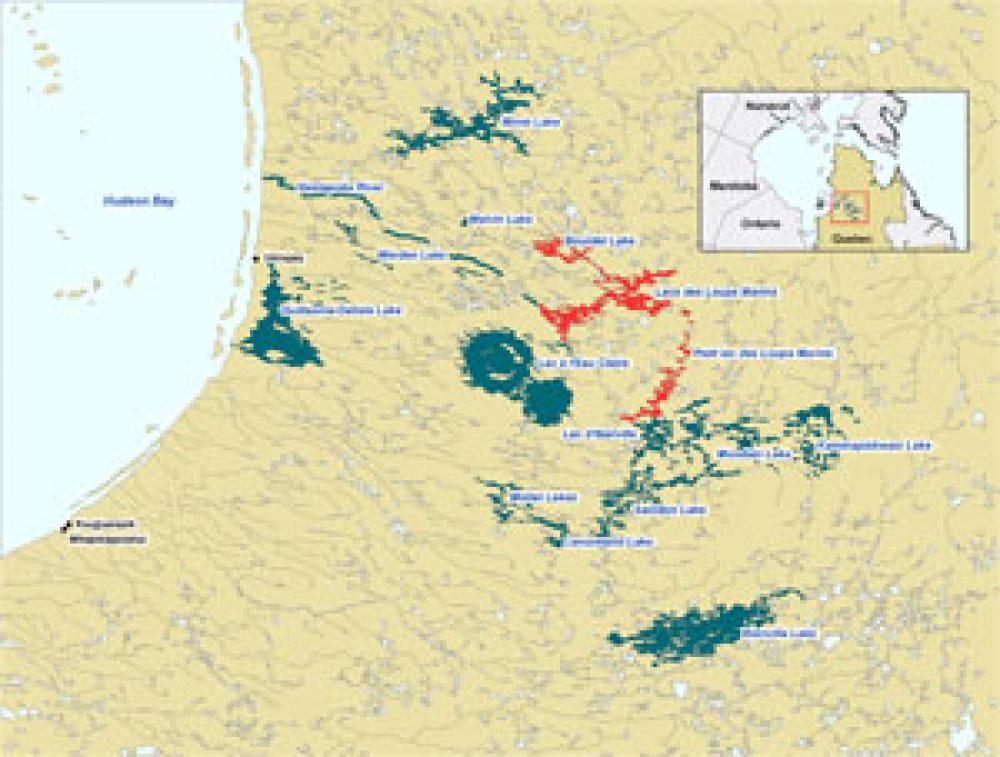 The range of the Lacs des Loups Marins Harbour Seals is located approximately 250 km east of Hudson Bay. The lakes where they live are coloured orange. 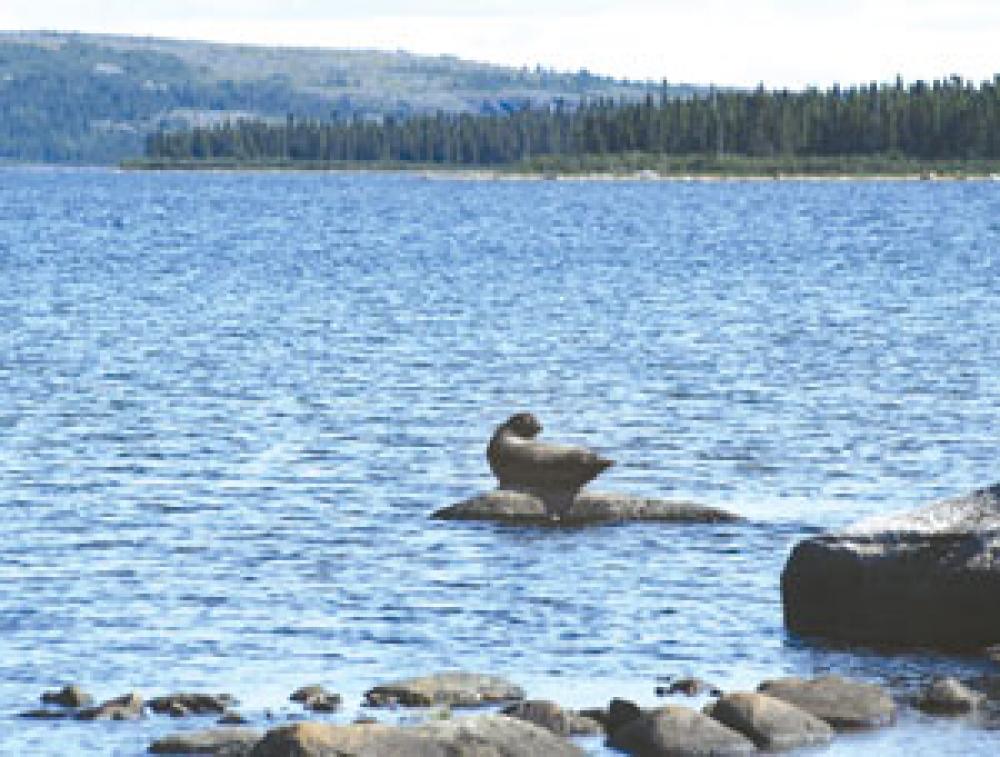